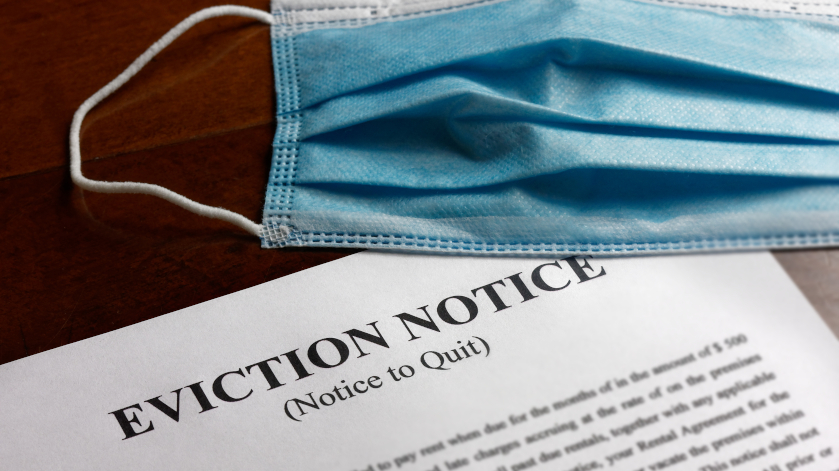 Eviction Moratorium is Deemed Illegal by the Supreme Court

The eviction moratorium was originally extended by the Center for Disease Control and Prevention on August 3rd in an effort to mitigate the increase of the pandemic in areas where the virus SARS-CoV-2 is prevalent.

The court issued an 8-page majority opinion with the courts 3 most liberal Justices maintaining their dissent. Justice Brett Kavanaugh voted to keep the moratorium but with a caveat, saying that any additional extensions on the moratorium should require the approval of the lawmakers.

This is a case where even the Nation’s highest court has shown inconsistencies. On the June ruling, the Supreme Court ruled to keep the moratorium in place through July 31st. This past week, they ruled on the opposite direction. Essentially telling the CDC that they have no authority under the current laws that allows them to extend such an order.

RELATED ARTICLE: HOW HAS THE PANDEMIC AFFECTED FLORIDIAN’S AND THEIR HOUSING ECONOMIC OUTLOOK?

In a temporary protection order summary, the CDC stated that they are “issuing a new order temporarily halting evictions in counties with heightened levels of community transmission in order to respond to recent, unexpected development in the trajectory of the COVID-19 pandemic including the rise of the DELTA variant. It is intended to target specific areas of the country where cases are rapidly increasing, which likely would be exacerbated by mass evictions.” It goes on to say, “A landlord, owner of a residential property, or other person with a legal right to pursue eviction or possessory action, shall not evict any covered person from any residential property in any county or U.S. territory while the county or territory is experiencing substantial or high levels of community transmission of SARS-CoV-2.”

Currently, the CDC does not have any jurisdiction or authority of any type to make such an order. In July, a Federal Appeals court ruled that the eviction moratorium was unlawful. Even then, the Biden’s Administration decided to go against the courts decision and extend the moratorium. This order has been in place for more than a year with multiple extension. All the while landowners are left behind with the debt and unpaid rents. A group of landlord and real estate trade groups from Alabama and Georgia fought back to have the moratorium suspended.

RELATED ARTICLE: WHEN REAL ESTATE DISCRIMINATION GOES WRONG, WHAT CAN YOU DO?

According to White House Press Secretary Jen Psaki during a press conference, the latest ruling on the eviction moratorium left the Biden Administration very “Disappointed”. Jen Psaki stated that, “As a result of this ruling, families will face the painful impact of evictions, and communities across the country will face greater risk of exposure to COVID-19”.

According to the New York Post, New York City Mayor Bill DeBlasio also got in on the politicization game and made his feelings known chastising the decision and turning it into a right and left issue stating that, “A group of right-wing extremists just decided to throw families out of their homes during a global pandemic”, on a tweet on August 26th. DeBlasio continued to state that, “This is an attack on working people across our country and city. New York won’t stand for this vile, unjust decision.”

How the Suspension of the Moratorium Benefits the Nation

Currently, there is a shortage of workers and many employers have had to increase their wages to attract and incentivize potential labor pool participants to get back to work. Looking at the big picture, the suspension of the moratorium could have a positive affect on the community and the Nation.

Currently, there are many jobs not being filled by the right people, or at all in the case of some industries. While the employment numbers have increased month over month, there are still many positions that haven’t been filled and the Nation is still under pre-pandemic levels of employment. Many have argued that the combination of both higher Government incentives such as unemployment boost and the moratorium has allowed many Americans to stay at home rent free while increasing their take home pay without working.

In Florida, for example, if a traditional weekly unemployment check was at $400 (for the sake of conversation, let’s stick with rounded numbers). Plus a Federal unemployment boost of $600 during the pandemic, an individual would have had a take home pay of $1,000 per week or $4,000 per month. In many cases, this is far more than an individual can make in any low wage job working for 8 hours per day, 5 days a week.

How can a small business compete with the U.S. Government when they provide such a high pay without any hours put in to work?

Now that the Supreme Court has essentially deemed this unconstitutional or illegal, will the labor force get back on their feet to cover their housing expenses?

Will this increase in cost push individuals to look for positions that are badly needed to be filled?

The next 12 months will answer many of these questions for landowners, REALTORS, Brokers and real estate groups.

If you’re looking to purchase or sell a home in Tampa or Jacksonville Florida, give us a call at the contact information provided below.

About the Author: Angel Ramos